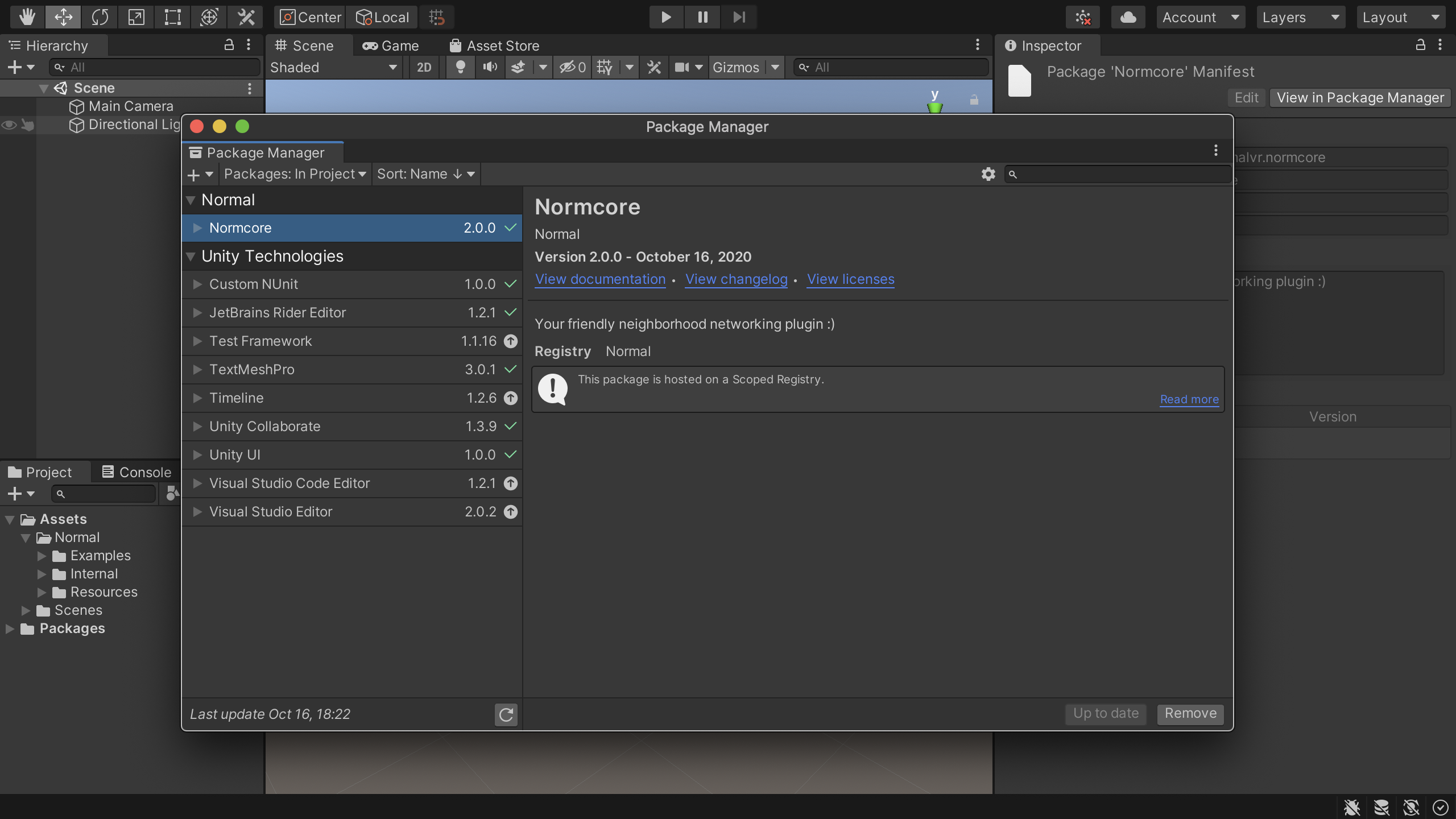 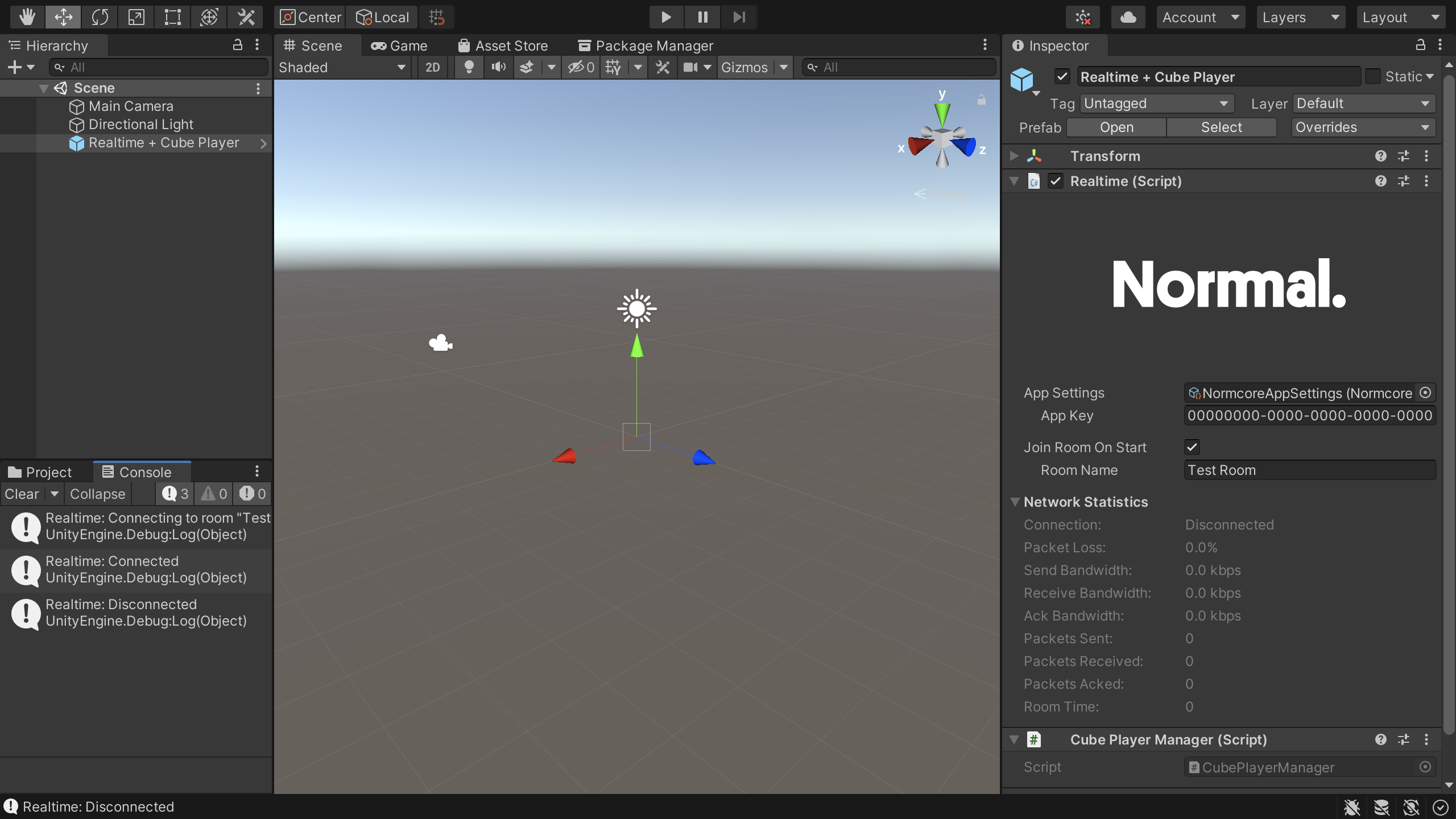 You'll notice that in the Realtime inspector, there's a field for an "App key." Before we can hit play, you’ll need one to connect to Normal’s servers. First, register for a Normal account here. Then, log in to the Dashboard. 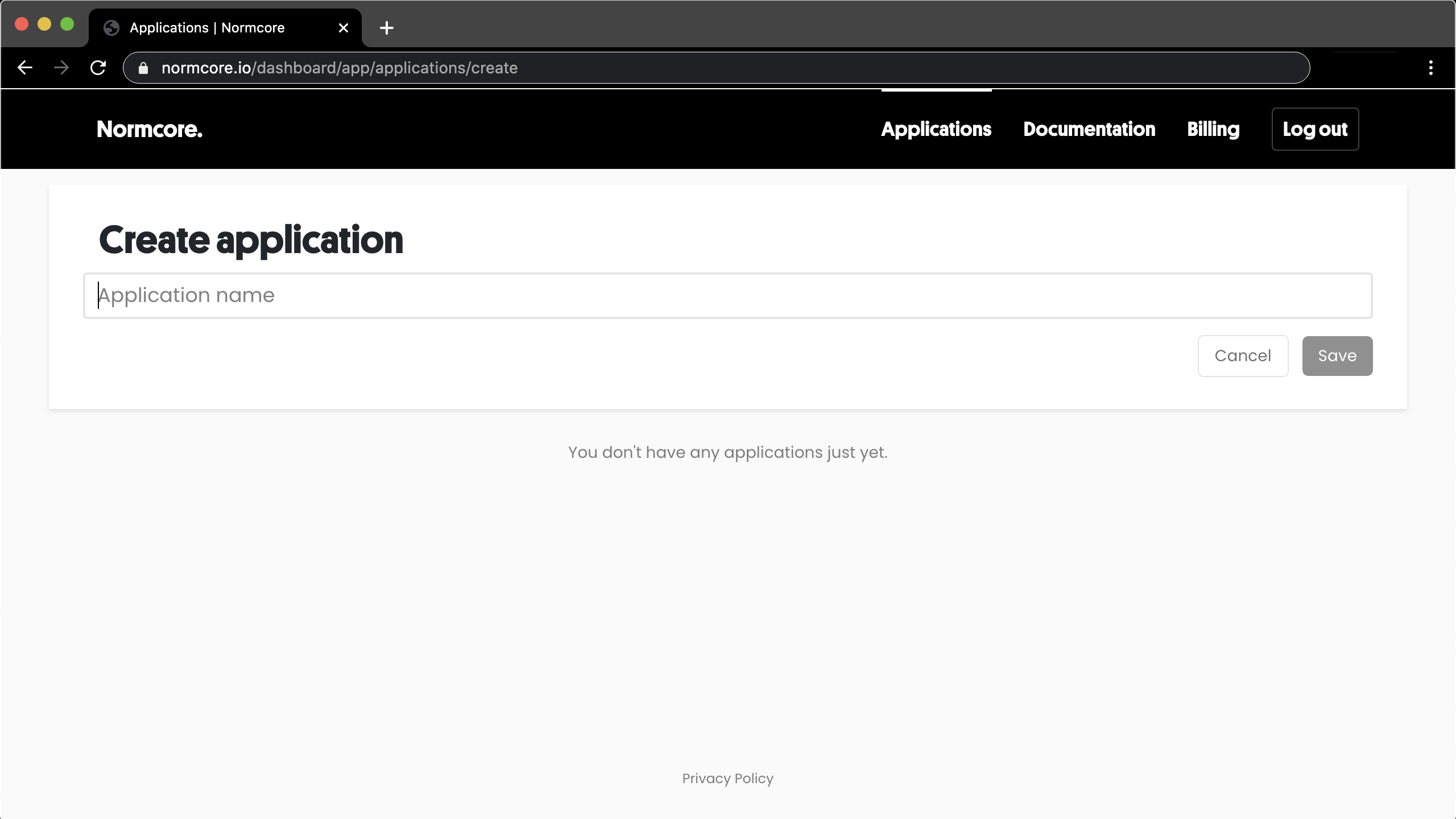 Click on Create a new application, give it a name, and grab your shiny new app key. 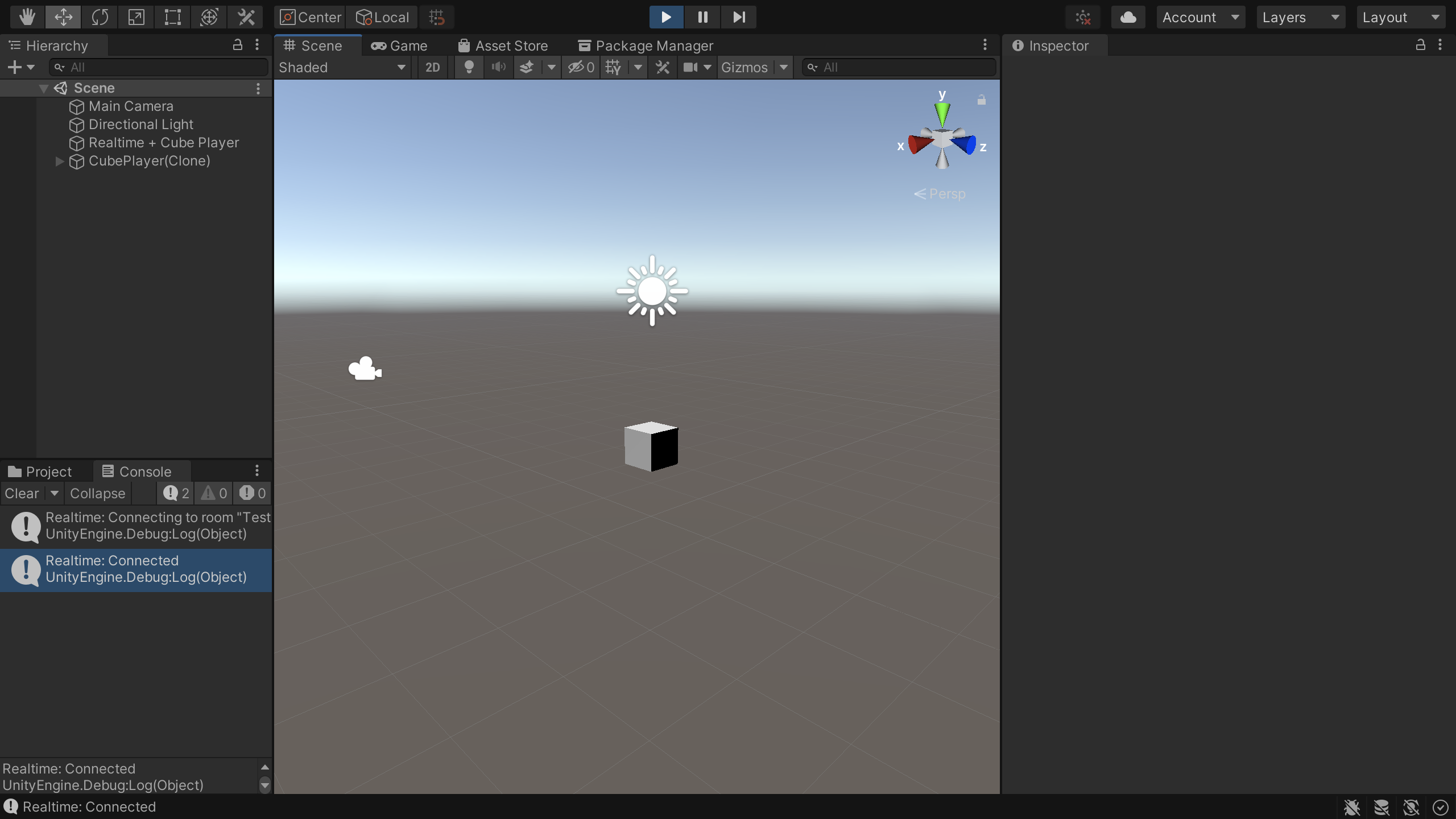 Use the WASD keys to move it around in space. If the cube isn’t moving, make sure to click on the game window in the Unity editor. So far so good? Let’s test it in multiplayer.

Export a standalone build to run next to the Unity Editor. Open the standalone build, use the A key to move it out of the way a little. Hit Play in the editor and a second cube should appear. Use the WASD keys to move it around; you should see the cube position update in real-time in both builds.

That’s it! You’re now up and running with Normcore. Now, I know this example isn’t the coolest, however, it only gets better from here. Check out some of our other guides:

← What Is Normcore? Common Questions →